Peter Cundill was born in Montreal, Canada in 1938. He graduated from McGill University with a Bachelor of Commerce degree in 1960, became a Chartered Accountant in 1963 and a Chartered Financial Analyst in 1968. After several years as a senior executive of the Yorkshire Trust Group in Vancouver, he acquired control in 1975 of a small, failing mutual fund, The All Canadian Fund. This was later renamed The Cundill Value Fund.

He proceeded to transform the old fund by adopting the strict value investment style propounded by Professor Benjamin Graham. This produced a compound annual return of 13.2% over 35 years and saw the assets managed by Peter Cundill and Associates increase from $7 million to just under $20 billion. He was a noted innovator in the deep value investment sphere who continued to refine this approach throughout his career. He characterised himself as an investor who invariably concentrated on trying to 'buy a dollar for 50 cents' by identifying the precise margin of safety in every security acquired.

As well as being an investment professional who achieved significant capital returns for ordinary investors, Peter Cundill was a considerable athlete. He ran 22 marathons and was a keen skier, cyclist and tennis player. For him the maintenance of a very high level of physical fitness was integral to the discipline and mental agility required to keep him at the top of his game professionally. To this were added other essential qualities: infinite curiosity, acute intuition, a huge appetite for reading, a long-term horizon and the patience to stick with it. He possessed an absolute passion for detailed analysis.

Peter Cundill relished an element of danger in his personal life and deliberately undertook an appropriate challenge annually; bungee jumping, diving with sharks, walking on hot coals, hang-gliding and the Cresta Run, to name a few. He encouraged the same spirit among colleagues and friends with initiatives such as the annual Cundill Fitness Challenge.

His intellectual interests were exceptionally wide-ranging and included classical music, the theatre, the fine arts, especially painting where he had a particular love of impressionism and post-impressionism, literature, philosophy and above all, history. He established The Cundill Prize in Historical Literature at McGill University, which is by a considerable margin the largest of its kind in the world.

He was an inveterate globetrotter, both out of curiosity and a taste for exploration and because his investment outlook was completely international. His adage was 'I don't care what a company does or where it does it as long as it meets my criteria'. This attitude earned him the soubriquet of 'the Indiana Jones of the investment world' and he was described admiringly by Barron's, the leading American financial weekly, as 'the bravest of the value investors.'

He possessed moral courage in equal measure with physical fortitude. It gave him the backbone to support being a true contrarian, able to endure the chill winds of overwhelmingly opposed opinion over long periods. This courage was especially evident in the way that he dealt with the debilitating neurological disease (Fragile X-associated Tremor Ataxia Syndrome) from which he eventually died. With patience, humour and a complete absence of self-pity, Peter Cundill turned life, trembling uncontrollably in a wheelchair, into a triumph of the human spirit. He pursued all his many interests to the utmost, including physical fitness until days before he died, limited only by the constraints of the disease.

During his lifetime Peter Cundill earned many distinctions. He was included in 'The Financial Times Global Guide to Investing' (1994) in which he was given his own nomenclature: 'The Patient Purist' under a chapter entitled 'Learning from Living Legends'. He was awarded The Analysts' Choice Career Achievement Award as 'the greatest mutual fund manager of all time' (2001). He received a Fellowship from the Institute of Chartered Accountants (2004) and was a Lifetime Trustee of The Aspen Institute (2006).

Peter Cundill steadily increased his philanthropy as his wealth grew. It was not only directed to large causes but often towards much more modest endeavours, where he felt that a relatively small gift could make a disproportionately large difference. His attitude to philanthropy was completely international and without geographical bias. Quite unusually, he was extremely ready to make individual gifts in times of hardship, or to support personal educational or professional aspirations. These principles continue to inform the giving of The Peter Cundill Foundation. 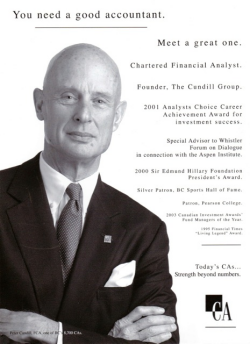 For him the maintenance of a very high level of physical fitness was integral to the discipline and mental agility required to keep him at the top of his game professionally. 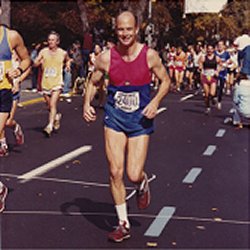 With patience, humour and a complete absence of self-pity, Peter Cundill turned life, trembling uncontrollably in a wheelchair, into a triumph of the human spirit. 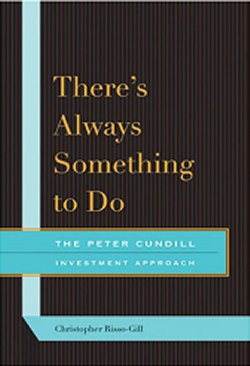